The Upper Midwest offers some of the best fly fishing you can find. One thing I love most about my region is the ability to chase numerous species of fish throughout the course of the year. Winter is trout season. Spring is trout, steelhead and carp. Summer is bass season, and fall is musky and salmon season.

This is my second fall pursing musky on the fly and it’s come with many frustrations and trips spent with no fish, but the potential reward has me continuing to pursue these predators. So far, this fall, I’ve done 4 musky floats—each float has been different and come with its challenges and rewards.

At the end of August, my buddy Jake and I did a float on a smaller river in his Smith Fly raft. Even though his raft is designed for skinny water, the river tested our will. Shallow water and boulder fields required us to exit the raft almost every 50 yards to drag it over rocks and through small rapids. Although we were beat by the end of the 10-hour float, we each boated a small musky and interacted with a handful of others. It was a good start to the season and got our shoulders, arms and elbows used to casting 10wts all day again. 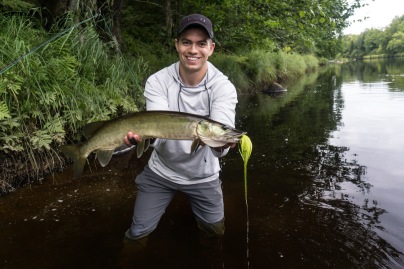 The O’Pros bros recently hosted a musky weekend at their cabin in northern Wisconsin and invited a handful of local guys that rep their gear to come float water in the area. The first night I joined O’Pros founder, David, in his custom-made boat on a quick 4-hour float before dark. Joining us were our buddies Drew and Landon who were fishing out of Landon’s two-man Flycraft. A quarter of the way through the float we saw Drew battling a fish upstream from us and Landon anxiously standing with the net. Distance prevented us from seeing what type of fish it was, but the high five between Drew and Landon made us think it had to be a musky. And it was—a beautiful, green river musky pushing 40”. Drew paid for it by taking a tooth to the thumb and losing a decent amount of blood, but agreed it was worth it. We moved another fish later in the evening, but the highlight was Drew’s catch. 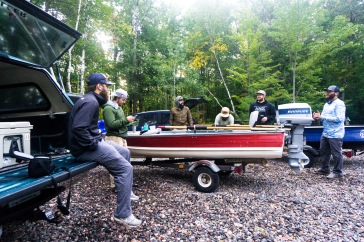 We had unseasonably hot weather in the middle of September. My buddy Chris and I had planned to float musky on the weekend of the 14th, but didn’t anticipate it pushing 80 degrees. The high sun and heat made things tough. In the 8 hours, we spent on the river, we caught a few smallmouth, but didn’t interact with a single musky. What started as a trip that may have become forgotten took an unexpected turn. Near the end of the float, my fly got caught on what I thought was a tree under the water, but the tree started to move. The “tree” ended up being a thick, 25” walleye! All Chris, Landon and I could do was laugh. The last thing we expected to catch was a trophy walleye, but we weren’t complaining. A trip for musky turned into an unforgettable one, but not because of a musky.

Float 4 was on a section of water that I had fished during the summer for bass and saw a mid-40” musky sitting behind one of the islands. I talked my buddies Bobby and David into joining me in my newly acquired RO Drift Boat to see if that earlier musky encounter was a fluke or if there were more in the area.

We started before the sun came up, and were surprised to realize how far along the fall colors up north when it rose. We powered through rain and thunderstorms, but what most would consider to be “bad weather” had us thinking musky weather. About two hours into the float, David hooked into a hefty fish that gave him everything it had, nearly breaking his rod on a run under the boat. David played it well and we ended up landing it. The three of us were stoked to have a fish in the boat and confidence in this new spot. 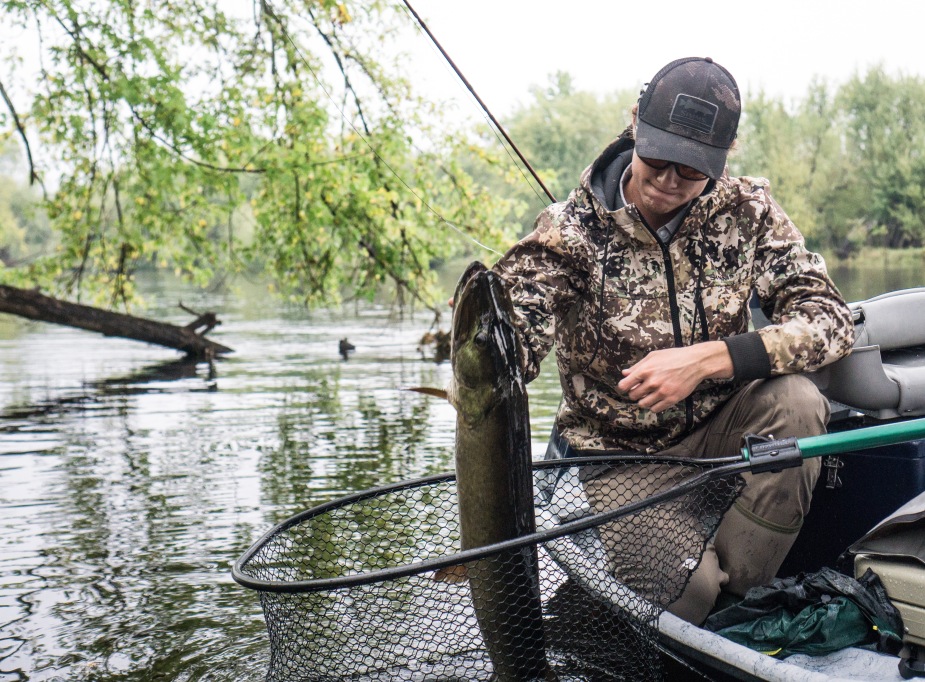 In the remaining eight hours, we interacted with a handful of other muskies, including another small one caught by David at the confluence of another stream. David also caught a few big smallmouth and I caught a respectable pike that I thought was a musky when it first ate. Even though we were happy to see the boat landing at the end of our float, it was a day to remember, especially for David. 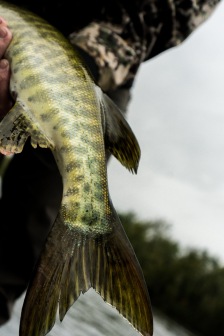 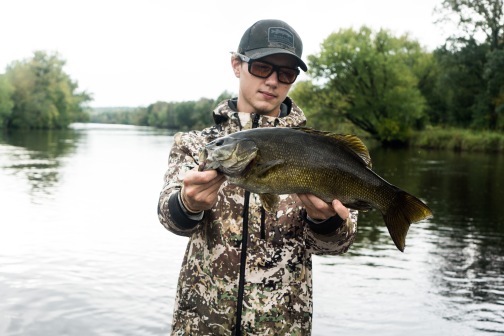 The first half of the 2019 fall musky season has had its ups and downs, but I am encouraged by the start. I’m looking forward to putting more time on the rivers and getting more use out of my new boat. Hopefully there are several more fish stories to come, but who knows—it is musky fishing after all.