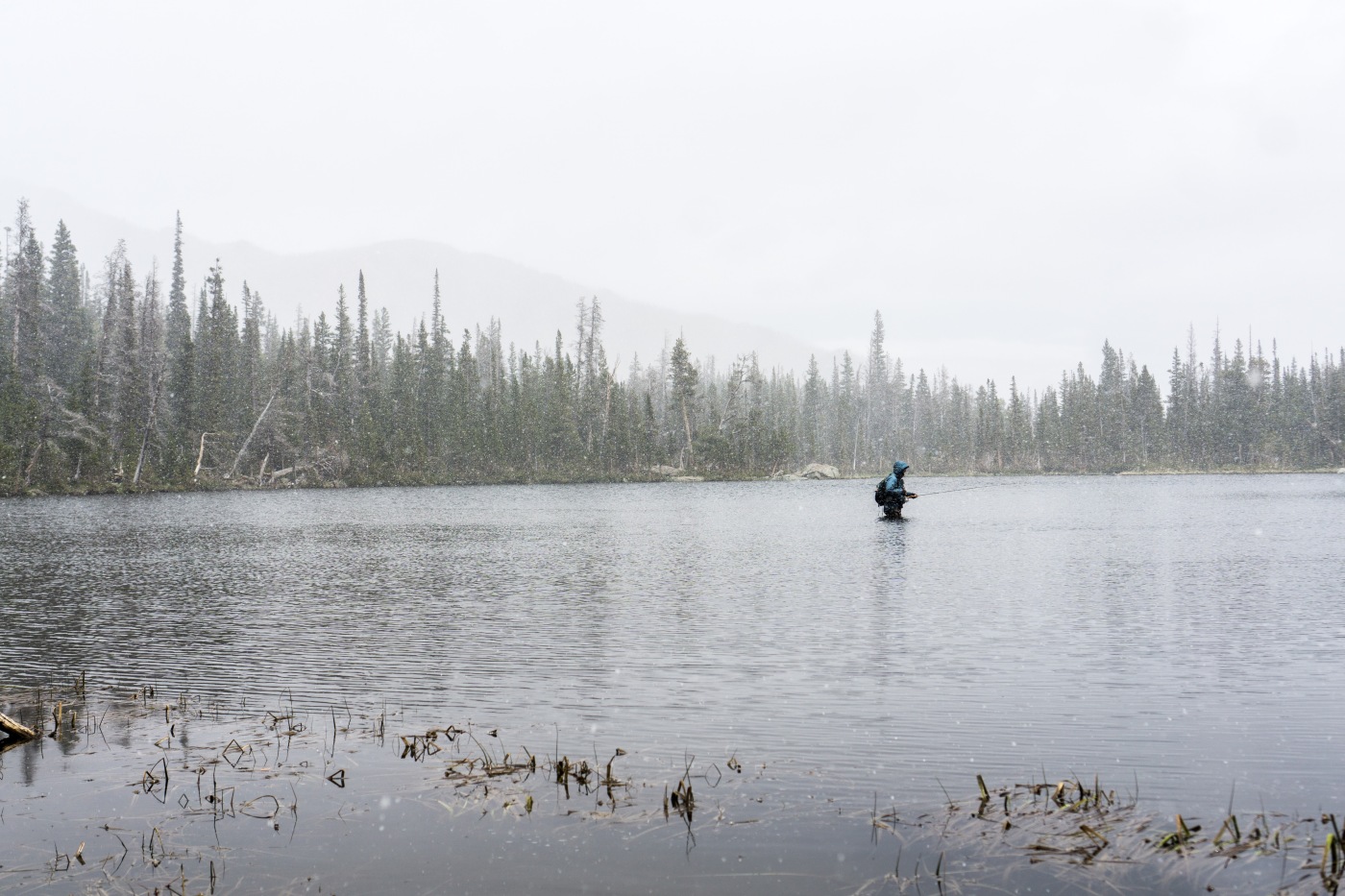 I’ve been fortunate to travel all over our beautiful country, but one place I had yet to visit was the state of Colorado. A Year ago, a buddy of mine from the Driftless Area, Jason Rieke, moved out to Estes Park to be a fishing guide. I had always wanted to travel to Colorado, but just hadn’t made it happen, so I shot him a message and asked about a potential weekend trip where I would go and spend a few days fishing with him. He loved the idea so we set a date at the end of June, when he said the weather and water conditions should be good.

On Friday, June 21st, I was at the Minneapolis airport sitting through a 2 ½ hour delay due to weather in Colorado. It turned out they were getting slammed with severe thunderstorms, but in the mountains, that precipitation came in the form of snow. So much snow in fact, that the pass through Rocky Mountain National Park was closed due to 5ft snow drifts.

Those snow drifts put a twist on the first day of fishing for Jason and me. The plan was to fish the legendary Colorado River, which was a quick 90-minute drive, if the pass was open; but the pass was closed. We still really wanted to fish the Colorado, so we decided to bite the bullet and drive 3 hours, one-way, around the mountains. Rain and a large snow pack, caused the river to be very high and dirty, but Jason and I were still able to make things happen, catching fish on nymphs, streamers and dry flies.

The following day, we hiked to an alpine lake in Rocky Mountain National Park. We started our 5-mile hike at 8,000ft and ended near 10,000, where we were greeted by freezing temps, and accumulating snow. Hailing from Minnesota, I’m used to fishing in cold weather, but I wasn’t prepared for freezing temps and snow at the end of June. Jason and I ran some sprints and warmed our hands before putting on the gear we had hiked up the mountain. The loss of finger dexterity slowed things down, but we managed to get everything set-up and began fishing. 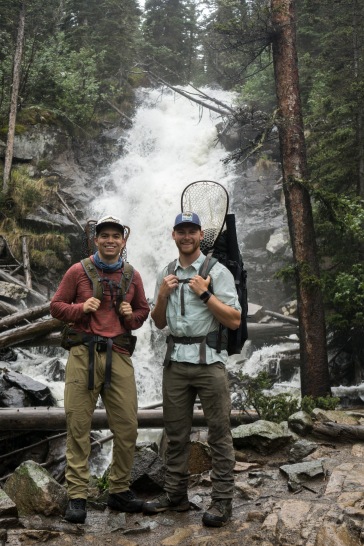 The fishing started slow, but within an hour, Jason caught the first greenback cutthroat of the day. They ran small in the lake, but they sure are beautiful. A native cutthroat to Colorado, the greenback was almost completely wiped out, but reintroduction efforts over the past several decades have helped bring populations back to certain areas, including Rocky Mountain National Park. The reintroduction strains are not 100% the same as the native, but share very similar characteristics, and maintain wild populations in several areas, including the lake Jason and I fished.

Soon after Jason caught his first fish of the day, I tricked one using a tight-line nymphing technique. It may have been small, but I was pumped to catch my first greenback. As the day continued, the sun peaked out occasionally, but most of the day was spent battling wind and snow. It wasn’t the most comfortable, but it sure made for a unique experience and some cool pictures. After catching nearly 50 fish between the two of us, using multiple different techniques, Jason and I decided to start the 5-mile hike back to the truck. As we made our decent back to 8,000ft, the weather started to improve, go figure.

As I waited in the Denver airport to fly back to Minneapolis, the weather was 75 degrees and sunny. The snow and cold only lasted as long as I was visitng, which was a bummer, but it also made for adventure and good memories. I had a blast exploring a new state and fishery and spending time with Jason. It may have been a short trip, but it was one I will never forget.

One thought on “A Quick Trip To Colorado”